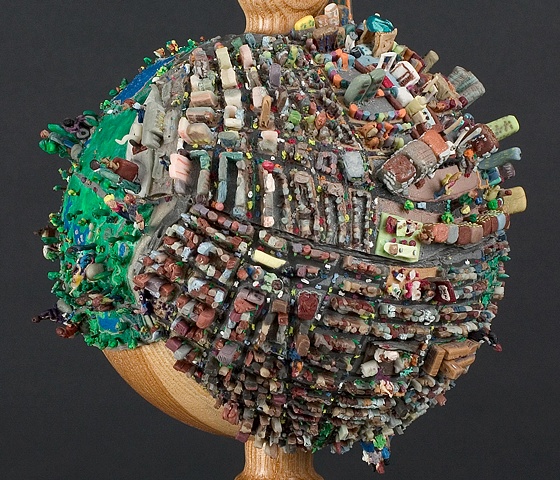 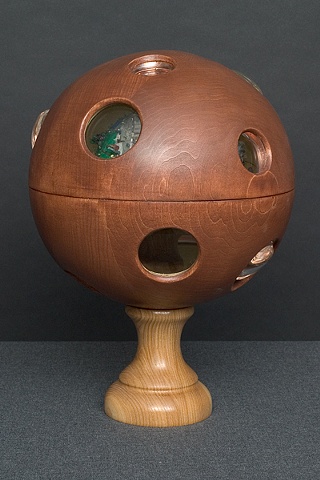 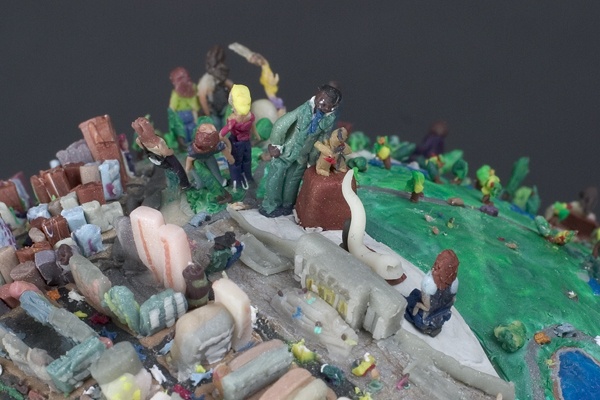 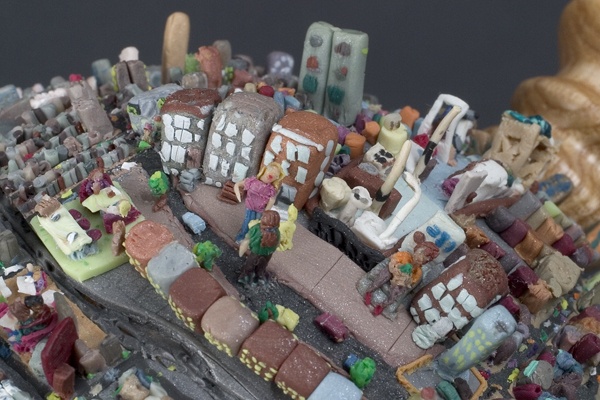 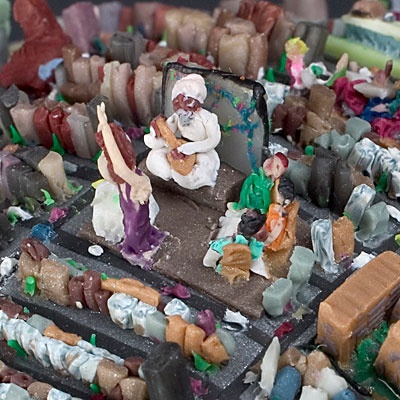 The flirtation made it seem like they were the only two in the Indian restaurant on 6th.
polymer clay
1/4"x1"x1/2" 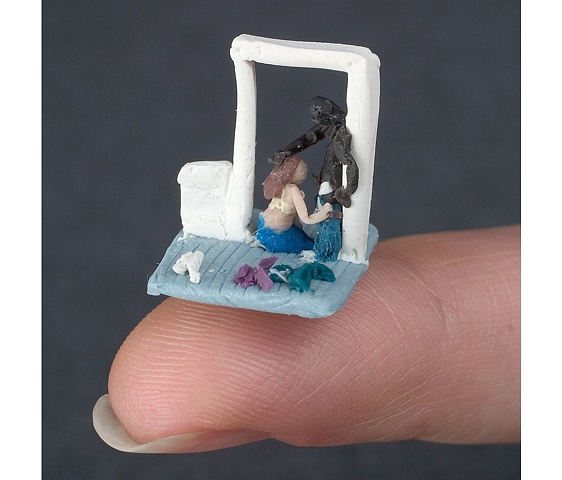 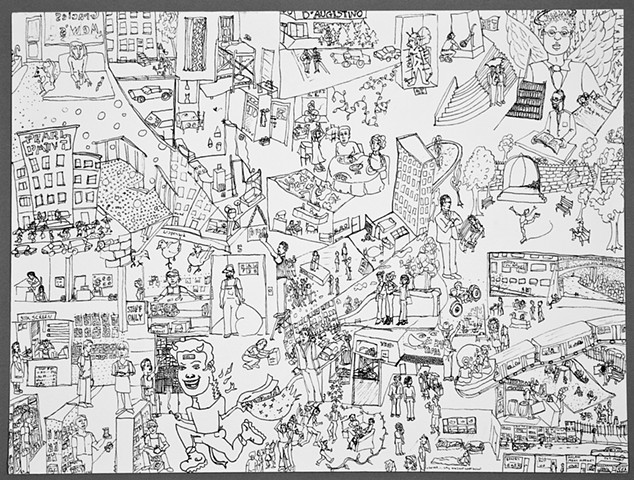 "After high school I moved to New York", consists of an exterior wooden globe that can be turned around an interior, orange-sized sphere. There are blown-glass lenses embedded into the globe, from which the viewer can peer into and examine the inner miniature world.

Inspired by the ambition of the Curio collector; that an entire planet could be contained and collected in a room, the globe strives to contain one year of the artist's life. The year begins when the artist, after her high school graduation in 1997, moved to New York City.

Within the piece, Hoffman recreates and retraces the mapping of that particular space and time in her life. At this stage of the work, the memories and past movements she took though the city are beginning to cease from her own active memory, disappear from the city itself and soon may only exist within the globe itself.