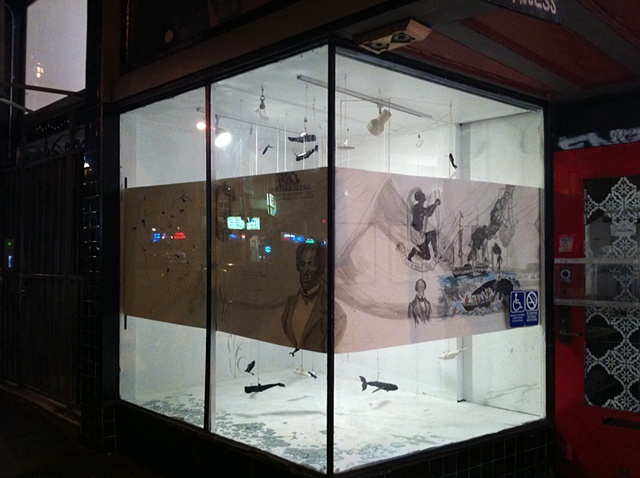 "Harpooned" is an installation at the ATA Window Gallery in San Francisco.
mixed media
10'x15'x7' 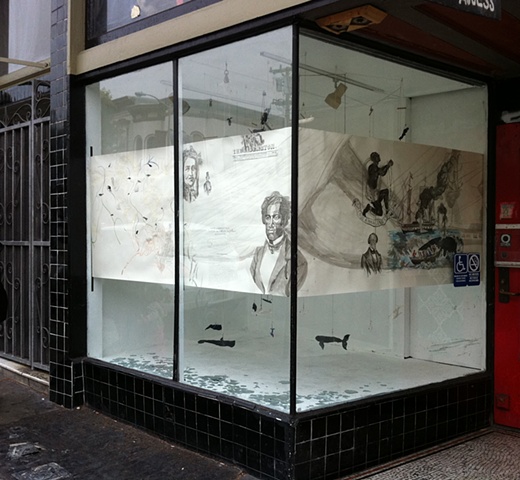 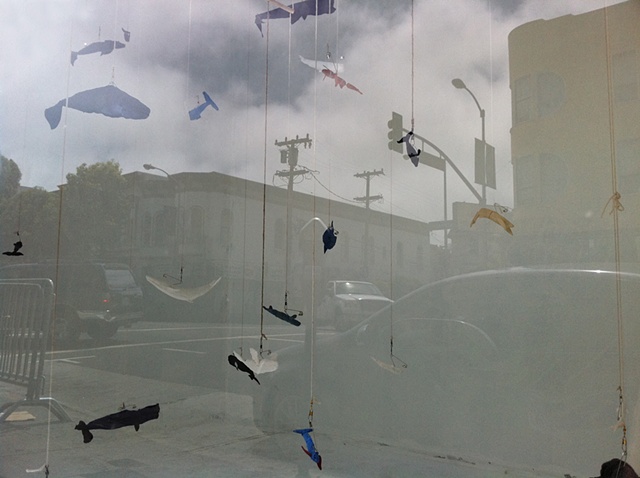 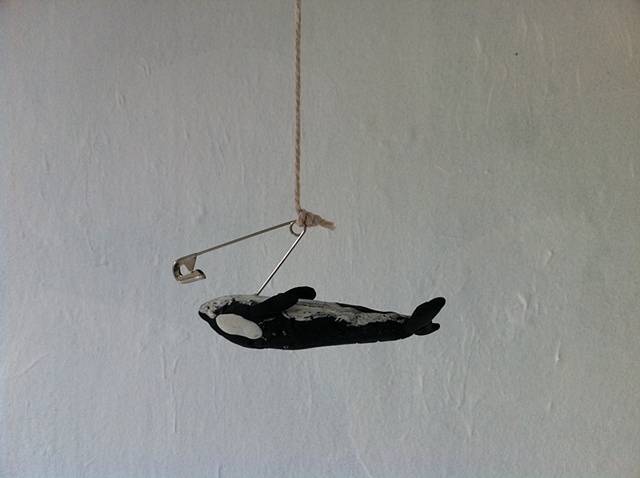 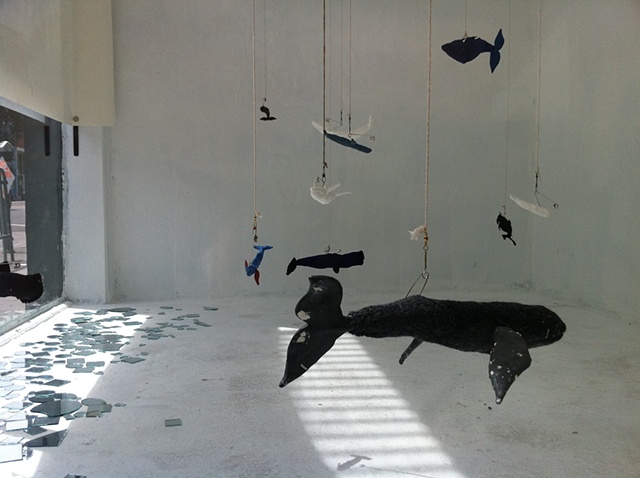 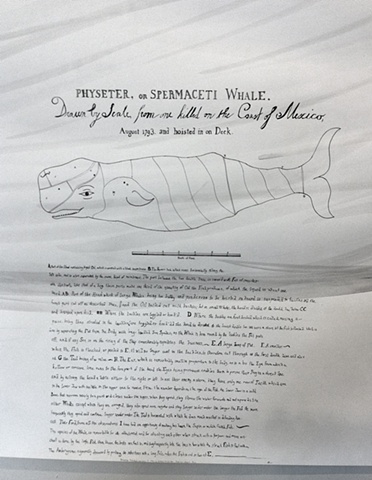 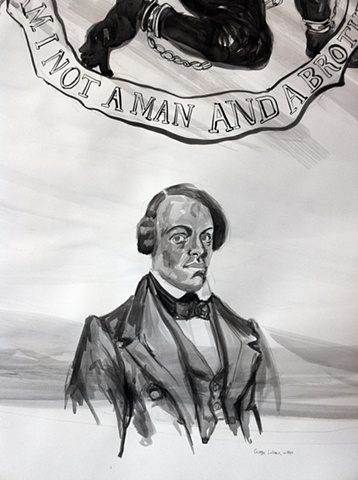 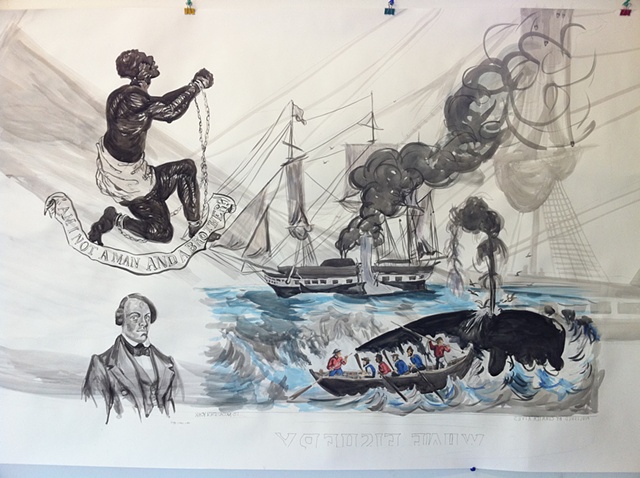 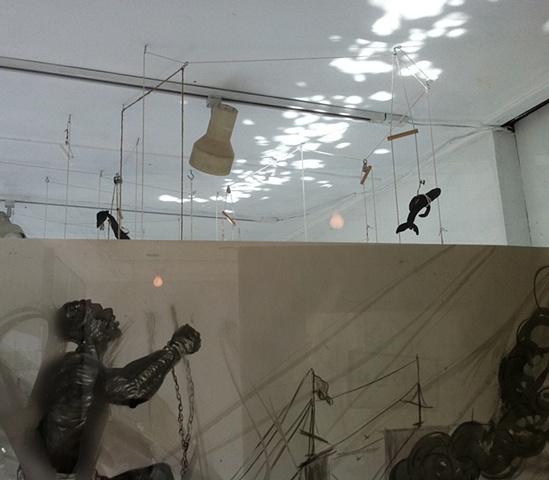 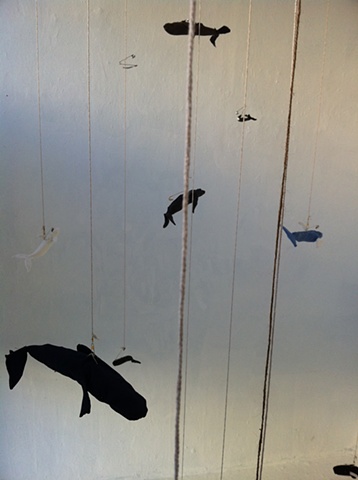 “Liquid Gold-Black Gold, the Golden Age of Whaling” connects whale's migration paths, the whalers that pursued them, and the methods of escape by slaves now known as the Underground Railroad. These three systems of movement were examined in order to reveal the moments in which they were directly entwined and engaged with one another. The artworks have been created through the use historic images, documents from the abolitionist movement and narratives written by escaped former slaves. The works of art in this project are expressed and connected through a series of paintings and sculptures that have been exhibited in changing configurations and forms.

"Harpooned" is a mixed-media installation composed of hanging upside-down whales. They hang from a ceiling full of rigging- pulleys and hooks and ropes. Dangling above a field of small mirror shapes, the reflection on the surface of the floor seeks to invert these hooked whales into an upright position. Wrapped around the sea of activity is a large scale drawing with imagery of procedural and effective ways to cut and use a sperm whale, reproductions of iconic whaling paintings, abolitionist emblems and publications, in addition to portraits of escaped slaves who became famed speakers on the abolitionist circuit.